Why am I injured?

Why am I injured? 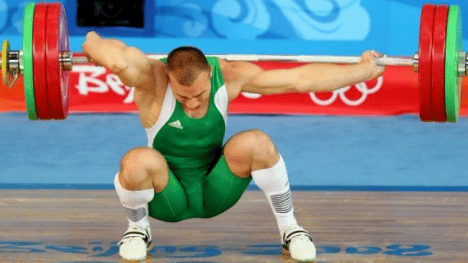 Often the question at the forefront of a patient’s mind when they present at the clinic is ‘what is the cause of my pain or why am I injured?’ And why does my pain go away when I rest or stop the aggravating activity only to come back again when I restart?’ These are often very difficult questions to answer specifically in an article because everyone comes in with a different mechanism of injury or even no mechanism of injury, varying histories, different social and professional lives, activity levels etc. Therefore I have written this article to give a general idea as to why the majority of mechanical injuries and pains occur in the body.

Lets start with a typical presentation in the clinic, “I was doing some gardening over the Easter break and was lifting some potting mix off the ground and I felt my back go!”

Whenever we perform a function be it our jobs, sport or lifting a bag of potting mix off the ground, our bodies interact with the load that function imposes on it. For example when we lift an object,

our muscles contract to create force to move the weight and our tendons attach the muscle to bone so the force created by the muscle can be transferred to moving the object. This is the work our bodies have to do. There are a variety of loads that can cause injuries;

This interaction of our bodies and load can be summarised into the following equation; Work/weight x time/duration x biomechanics = load/outcome

This equation illustrates the interaction between the variables that equal load or the outcome. Lets put our patient who presented with back pain after lifting potting mix over Easter into this equation. The work is lifting bags of potting mix, which weigh anything between 20-25kg per bag. We also need to consider where the potting mix was moved from and where to, ie. did our patient move the bags from a pallet at the garden centre to their trolley, then from the trolley to their car boot, then from their car boot to their wheelbarrow etc? The time variable is the number of bags of potting mix they purchased as well as did they move some and move the rest the next day, giving themselves a chance at recovery? Lastly is the patient’s biomechanics – the way the patient moved in relation to the work they did in moving the potting mix from shop to home.

Most of the time we can deal with low loads quite easily, and this is often the mistake patients make, thinking that a light work/weight they are performing/ moving in short bursts is a low load when performed or lifted multiple times or even all day and/or over multiple days. An example of this is when a health professional came to see me, who has an extremely sedentary job reading xrays. They wanted to get the exterior of their 2 storey house painted but due to the increased rates of painters due to covid demand, they decided to take this task on themselves. So someone who had previously only painted a wall was now over the span of 2 months single handedly attempting to paint the exterior of a large house and presented with a large amount of shoulder and back pain. We often see this mechanism of injury in the clinic and we use this analogy to illustrate to patients what is happening. Most of us can jog 100m problem free, the problem arises when we decide to run 10km, or even a marathon all of a sudden. It takes a significant amount of training in a multitude of different aspects to be able to run a marathon. Running a marathon from scratch seems ludicrous however painting an entire house does not……

The tissues of our bodies have an optimal load range that they can tolerate without sustaining any damage. This is what physios call load tolerance. When we exceed this optimal range of load/load tolerance, injury occurs. For a more in-depth explanation of this concept, please refer to my “Load Management” article.

Suddenly the “I was doing some gardening over the Easter break and was lifting some potting mix off the ground and I felt my back go!” could be a one off large injury where too much was lifted all of a sudden or there is a history of repeated microtrauma overtime on the structure/s of the back and the final lifting of the potting mix was the proverbial ‘straw that broke the camel’s back.’ As common and as simple as this mechanism of injury seems, this is actually one of the most complicated to decipher, because so many variables exist that can contribute to the person and the affected tissue’s load tolerance and therefore the biomechanics of how that person/tissue interacts with load. To get to the bottom of this pain/injury we must also understand the concept of load tolerance.

Is the body’s/tissue’s ability to resist load without undergoing injury. The determinant of the load tolerance of our bodies/tissues is quite complex. It is a combination of; 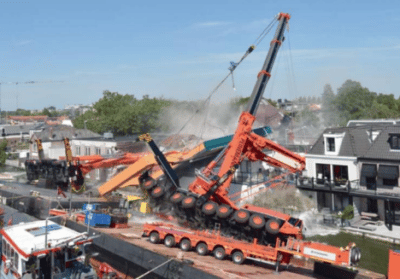 As we can see there are quite a few determinants, some of these are things we are born with and cannot affect such as anatomy, most of these are affected by our sedentary lifestyles such as low muscle mass, some of these decline with age and some we can stop this decline. How we live our lives in the present and in the past has an influence. One of the most common questions we ask our patients is their history of injuries, this is because most people do not rehab their injuries properly and therefore predispose themselves to reinjury. On top of this the more often you have an injury the higher chance that the patient has developed maladaptations which further impact the issue. Suddenly the “I was doing some gardening over the Easter break and was lifting some potting mix off the ground and I felt my back go!” becomes much more complicated and could be a variety of scenarios.

For example, if our patient has low muscle mass and attempted to lift a single 50L bag of potting mix often weighing 24kg once with perfect movement and ‘felt my back go” then this would lead to injury.

If our patient had more than sufficient muscle mass but due to the fact that they were fatigued from previously lifting 20 bags of potting mix and their movement was suboptimal, this would lead to injury.

If our patient had sufficient muscle mass, had the endurance to lift more than 20 bags of 24kg potting mix in a row but worked a physical job during the week where they were a bricklayer, this activity could be the straw that broke the camels back and cause injury.

And these are just the tip of the iceberg scenarios that occur with a patient. These examples are all different but all have one thing in common, they lead to the load exceeding the patient’s load tolerance.

Furthermore load tolerance is ever changing, there are several factors that can affect our load tolerance on a day by day basis. Our bodies are never stagnant, especially when they are placed under load, our tissue constantly remodel as a result of this load. This means that our load tolerances also change. A very simple example of this is, if you have loaded your body yesterday it will necessitate a recovery period higher than what is normal under your “normal” load. If you ignore this and reload your body to the same degree as yesterday then you run the risk of exceeding your load tolerance.

Putting it all together

Only by looking at a patient in this way can we truly get to the bottom of why injuries occur and more importantly prevent them from happening again.